What Would Lynne Tillman Do? 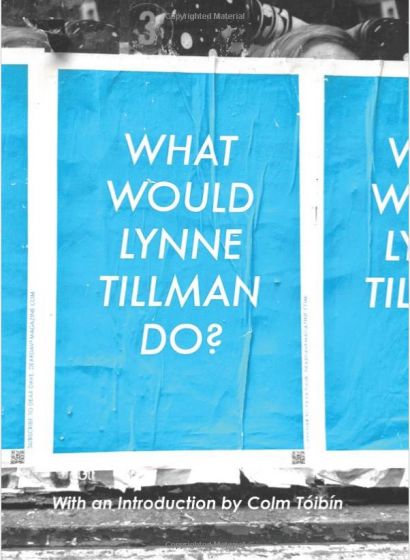 Here is an American mind contemplating contemporary society and culture with wit, imagination, and a brave intelligence. Tillman upends expectations, shifts tone, introduces characters, breaches limits of genre and category, reconfiguring the world with the turn of a sentence. Like other unique thinkers, Tillman sees the world differently—she is not a malcontent, but she is discontented. Her responses to art and literature, to social and political questions change the reader's mind, startling it with new angles. Which is why so many of us who know her work often wonder: what would Lynne Tillman do? A long-time resident of New York, Tillman's sharp humor is like her city's, tough and hilarious. There are distinct streams of concern coursing through the seeming eclecticism of topics—Hillary Clinton, Jane Bowles, O.J. Simpson, art and artists, Harry Mathews, the state of fiction, film, the state of her mind, the State of the Nation. There is a great variety, but what remains consistent is how differently she writes about them, how well she understands, how passionate and bold her writing is.

What does Lynne Tillman do? Everything. Anything. You name it. She has a conversation with you, and you're a better, smarter person for it.

SIGNED BY THE AUTHOR