The Pragmatism in the History of Art 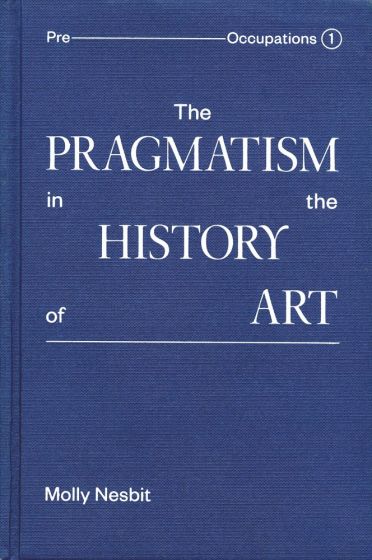 First published in 2013 and quickly going out of print, Molly Nesbit’s The Pragmatism in the History of Art traces the questions that modern art history and theory has used to make sense of the changes overtaking both art and life. Opening with a consideration of pragmatism’s origins in the thought of Charles Sanders Pierce, William James and John Dewey, the book examines the overlaps and disparities between art and philosophy across several generations of art historians, crossing back and forth over the Atlantic. A genealogy emerges through case studies on the work of Schapiro, Henri Focillon, Alexander Dorner, George Kubler, Robert Herbert, T.J. Clark and Linda Nochlin. The philosophy of Michel Foucault and Gilles Deleuze and the films of Chris Marker and Jean-Luc Godard also show distinctly pragmatic effects. Artists discussed include Vincent van Gogh, Isamu Noguchi, Lawrence Weiner and Gordon Matta-Clark.

The Pragmatism in the History of Art precedes Midnight: The Tempest Essays in Nesbit’s Pre-Occupations series.

Molly Nesbit is Professor in the Department of Art at Vassar College and a contributing editor of Artforum. Her other books include Atget's Seven Albums (1992) and Their Common Sense (2000).