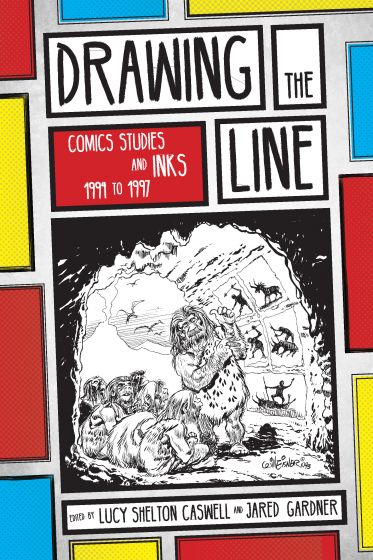 Drawing the Line: Comics Studies and INKS, 1994–1997 collects some of the most important essays from INKS: Cartoon and Comic Art Studies, the first peer-reviewed scholarly journal devoted exclusively to comics studies. The volume, edited by Lucy Shelton Caswell, the journal’s founding editor, and Jared Gardner, editor of the new Inks: The Journal of the Comics Studies Society, celebrates this foundational moment in the fast-growing field of comics studies and also serves as a call to contemporary scholars to revisit the roads-not-taken mapped out by these scholars and cartoonist critics.

Included in the volume are essays by pioneering comics scholars on newspaper comic strips, Japanese manga, Chinese lianhuanhua, comic books, graphic novels, and editorial cartoons, alongside writings and artwork by celebrated cartoonists such as Will Eisner, Oliver Harrington, Charles Schulz, and Frank Stack. This volume serves as an invaluable resource for anyone interested in the history and study of the comics form, visual culture, or the history of journalism.

Jared Gardner is Professor in the Department of English and the film studies program, specializing in American literature, film, and popular culture. He is also the editor of Inks: The Journal of the Comics Studies Society.