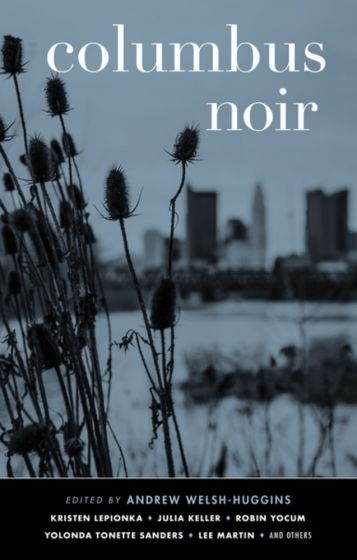 Akashic Books continues its award-winning series of original noir anthologies, launched in 2004 with Brooklyn Noir. Each book comprises all new stories, each one set in a distinct neighborhood or location within the respective city.

From the introduction by Andrew Welsh-Huggins:

Today, Columbus is an epicenter of the opioid epidemic, awash in heroin and the even deadlier fentanyl as dealers flood the city with their wares...The wealth gap in the city is growing, and Columbus is now one of the deadliest places in the state for babies trying to make it to their first birthday, even more so if their mothers are African American. These days, Columbus is a place forensic investigators are moving to. Overdoses, homicides, infant mortality: at long last, we're finally as lethal as any big American city.

In that light (and darkness) I'm pleased to present Columbus Noir, a collection of shadowy tales from the city's best storytellers set in neighborhoods across the metropolis. Sexual passion drives many of the stories, appropriate for a genre marked by protagonists striving for things out of their reach. Racism makes an appearance or two, as do those twin pillars of noir, greed and pride. Still, a deep appreciation of Columbus runs through the book as forcefully as the swath cut by the Olentangy after a couple of days of hard rain.