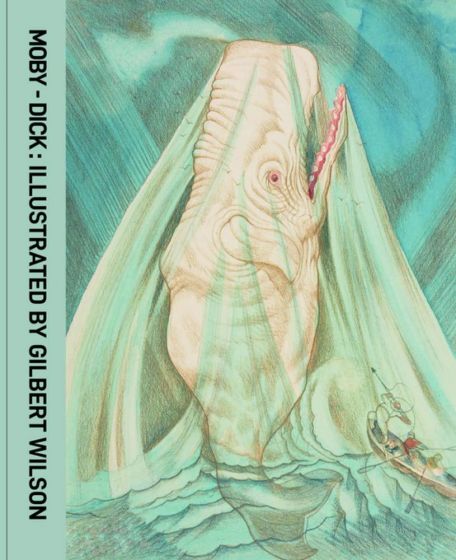 Hat & Beard Press is celebrating Herman Melville's 200th birthday with a full-color edition of Moby-Dick, illustrated by the rediscovered art of Gilbert Wilson.

Film director John Huston declared him "a brilliant artist and one of America's foremost painters." Pearl S. Buck sponsored an exhibition of his work in New York, and First Lady Eleanor Roosevelt wrote about his work in her newspaper column.

Yet, for most of his life, artist Gilbert Brown Wilson (1907-1991) lived in relative obscurity, despite a critical splash in the 1930s. He sacrificed financial security for artistic freedom.

An acolyte of Diego Rivera and an assistant to Rockwell Kent, Wilson became recognized for his gargantuan murals at Indiana State University and Antioch College, and for the controversy sparked by his "social realist" style.

This large, coffee-table book will showcase never-before-published artwork, notes, and meditations on the novel--drawing from unprecedented access to Wilson's estate. The book will also provide a platform for the international art community to reassess and rediscover this remarkable man and his work.

The edition pays homage to Melville's original text, while breathing new life into the story via Wilson's vibrant, timeless artwork. Critics have called Moby-Dick "the most ambitious book ever conceived by an American writer"--and Wilson's version will be the most ambitious illustrated edition of that book.