Anarcho-Blackness: Notes Toward a Black Anarchism 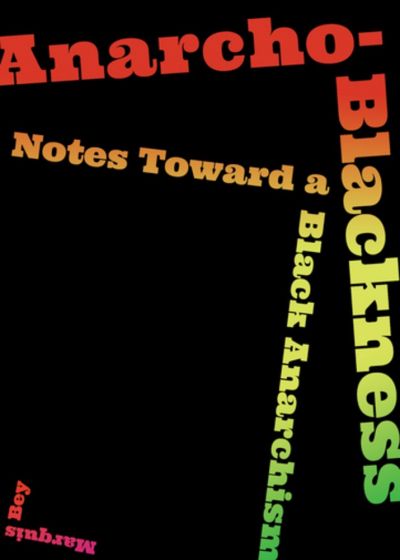 What Black liberation and anarchism have in common, and what they can offer each other.

Anarcho-Blackness seeks to define the shape of a Black anarchism. Classical anarchism tended to avoid questions of race—specifically Blackness—as well as the intersections of race and gender. Bey addresses this lack, not by constructing a new cannon of Black anarchists but by outlining how anarchism and Blackness already share a certain subjective relationship to power, a way of understanding and inhabiting the world. Through the lens of Black feminist and transgender theory, he explores what we can learn by making this kinship explicit, including how anarchism itself is transformed by the encounter. If the state is predicated on a racialized and gendered capitalism, its undoing can only be imagined and undertaken by a political theory that takes race and gender seriously.