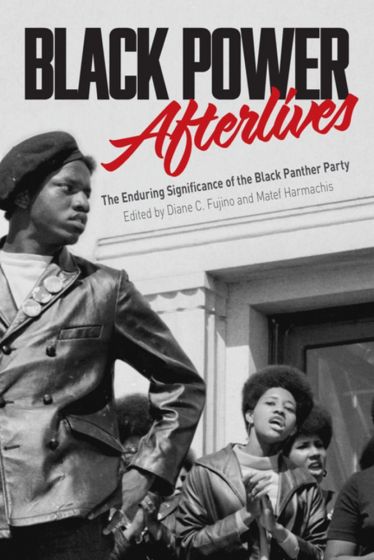 A powerful and wide-ranging collection examining the persistent impact of the Black Panther Party on subsequent liberation struggles.

The first book to comprehensively examine how the Black Panther Party has directly shaped the practices and ideas that have animated grassroots activism in the decades since its decline, Black Power Afterlives represents a major scholarly achievement as well as an important resource for today's activists. Through its focus on the enduring impact of the Black Panther Party, this volume expands the historiography of Black Power studies beyond the 1960s-70s and serves as a bridge between studies of the BPP during its organizational existence and studies of present-day Black activism, allowing today's readers and organizers to situate themselves in a long lineage of liberation movements.

I. The Persistence of the Panther
1. Assata Shakur: The Political Life of Political Exile | Teishan A. Latner
2. “We Had our Own Community:” Hank Jones, Spaces of Confinement, and a Vision of Abolition Democracy | Diane C. Fujino
3. Kiilu Taught Me: Letters to My Comrade | Tina Bartolome

II. Sustainability and Spirituality
4. A Spiritual Practice for Sustaining Social Justice Activism: An Interview with Ericka Huggins | Diane C. Fujino
5. Serving the People and Serving God: The Everyday Work and Mobilizing Force of Dhameera Ahmad | Maryam Kashani
6. EcoSocialism from the Inside Out | Quincy Saul

IV. Art, Revolution, and a Social Imaginary
9. “Art that Flows from the People:” Emory Douglas, International Solidarity, and the Practice of Co-creation | Diane C. Fujino
10. Poetic Justice: Fred Ho’s Music and Politics and the Influence of the Black Power Movement | Ben Barson

V. The Real Dragons Take Flight: On Prisons and Policing
11. Legacy: Where We Were, Where We Are, Where We Are Going? | Sekou Odinga and dequi kioni-sadiki
12. Black August Organizing to Uplift the Fallen and Release the Captive | Matef Harmachis
13. The Making of a Movement: Jericho and Political Prisoners | Jalil Muntaqim
14. Dialogical Autonomy: Michael Zinzun, the Coalition Against Police Abuse, and Genocide | João Costa Vargas

VI. Black Panther Legacies in a Time of Neoliberalism
15. Black Student Organizing in the Shadow of the Panthers | Yoel Haile
16. Black Queer Feminism and the Movement for Black Lives in the South: An Interview with Mary Hooks of SONG | Diane C. Fujino and Felice Blake
17. The Impact of the Panthers: Centering Poor Black Folks in the Black Liberation Movement | Blake Simons
18. The Chinese Progressive Association and the Red Door | Alex T. Tom