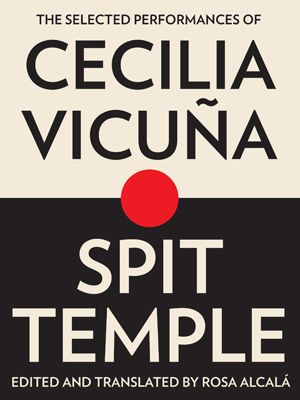 "Vicuña's work, at its very essense, is 'a way of remembering'—as if exile and recall joined to unravel an 'autobiography in debris;' as one personal story within a larger narative."—Roberto Tejada

Cecilia Vicuña is a Chilean poet, artist and filmmaker. The author of twenty poetry books published in Europe, Latin America and the U.S., she performs and exhibits her work widely. A precursor of conceptual, impermanent art and the improvisatory oral performance, her work deals with the interactions between language, earth and textiles. Her recent books are New and Selected Poems of Cecilia Vicuña (Kelsey Street Press, 2018), Spit Temple: The Selected Performances of Cecilia Vicuña (Ugly Duckling Presse, 2012), Chanccani Quipu, a new artist book by Granary Books, and SABORAMI (ChainLinks, 2011). She co-edited The Oxford Book of Latin American Poetry (2009). Since 1980 she divides her time between Chile and New York.