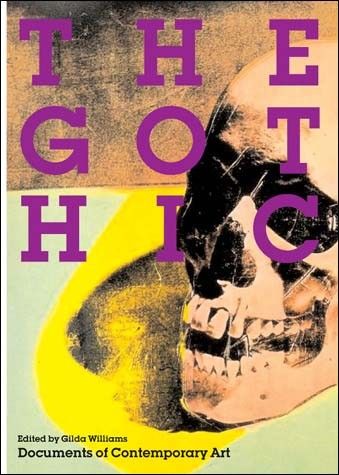 The first comprehensive survey of the Gothic in contemporary visual culture explores the work of artists ranging from Andy Warhol to Cindy Sherman to Matthew Barney, with texts by Julia Kristeva, Marina Warner, Jeff Wall, and many others.

This collection of writings examines the pervasive and influential role of “the Gothic” in contemporary visual culture. The contemporary Gothic in art is informed as much by the stock themes of the eighteenth- and nineteenth-century Gothic novel as it is by more recent permutations of the Gothic in horror film theory, Lacanian psychoanalysis, and Goth subcultures. This reader from London's Whitechapel Gallery brings together artists as different as Matthew Barney, Gregor Schneider, Louise Bourgeois, and Douglas Gordon; its intent is not to use “the Gothic” to group together dissimilar artists but rather to shed light on a particular understanding of their practice. Anthony Vidler looks at ideas of the uncanny to explore Rachel Whiteread's House, and Jeff Wall uses the motif of vampirism to analyze fellow artist Dan Graham's Kammerspell; Hal Foster considers Robert Gober's recent work—laden with Christian symbolism, criticism of America as a nexus of power, and fragmented bodies—as an updated American Gothic, and Kobena Mercer examines the Gothic's depiction of the Other in relation to Michael Jackson's pop video Thriller.

Texts by artists including Mike Kelley, Damien Hirst, Tacita Dean, Jonathan Meese, and Catherine Sullivan are complemented by extracts from Walpole's genre-establishing gothic novel The Castle of Otranto, William Gibson, Bret Easton Ellis, and Stephen King, among others, and theoretical writings by such key thinkers as Carol Clover, Beatriz Colomina, Julia Kristeva, Eve Kosofsky Sedgwick, Marina Warner, and Slavoj Zizek [haceks over z's]. The Gothic provides the first comprehensive overview of the uses of Gothic in contemporary visual culture.Gilda Williams is a critic of art and film and a lecturer on contemporary art at Sotheby's Institute of Art, London. Her writing has appeared in Artforum, Tate etc., Sight and Sound, and Parkett.