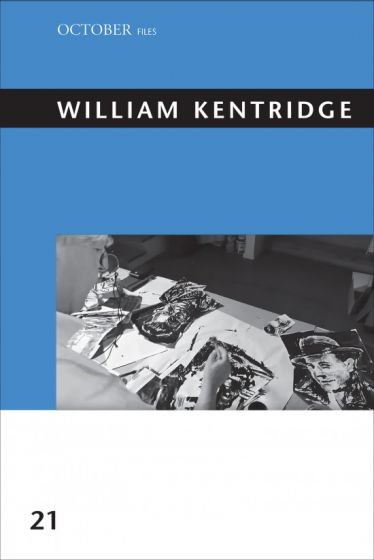 Critical texts and interviews that explore the drawings, animations, and theatrical work of the South African artist William Kentridge.

Since the 1970s, the South African artist William Kentridge has charted the turbulent terrain of his homeland in both personal and political terms. With erudition, absurdist humor, and an underlying hope in humankind, Kentridge's artwork has examined apartheid, humanitarian atrocities, aging, and the ambiguities of growing up white and Jewish in South Africa. This October Files volume brings together critical essays and interviews that explore Kentridge's work and shed light on the unique working processes behind his drawings, prints, stop-animation films, and theater works.

The texts include an interview by the artist Carolyn Christov-Bakargiev, curator of the first major retrospective of Kentridge's work; an essay by Andreas Huyssen on the role of shadow-play in Kentridge's film series 9 Drawing for Projection; and investigations of Kentridge's work for opera and theater by Maria Gough, Joseph Leo Koerner, and Margaret Koster Koerner. An analysis by influential art historian Rosalind Krauss, the editor of this volume, argues that Kentridge's films are the result of a particularly reflexive drawing practice in which the marks on the page—particularly the smudges, smears, and erasures that characterize his stop-animations—define the act of drawing as a temporal medium. Krauss's understanding of Kentridge's work as embodying a fundamental tension between formal and sociological poles has been crucial to subsequent analyses of the artist's work, including the new essay by the anthropologist Rosalind Morris, who has collaborated with Kentridge on several projects.