LOU REED, METAL MACHINE TRIO: THE CREATION OF THE UNIVERSE 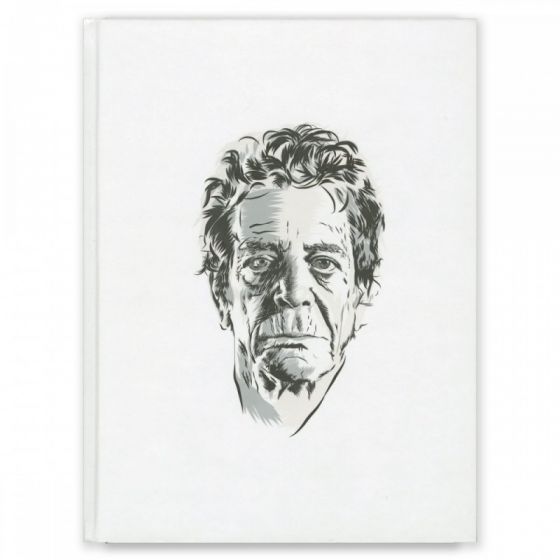 1975 was a seminal year politically, socially, and culturally—the Vietnam War ended, the British Conservative Party elected Margaret Thatcher as its first female leader, Microsoft was registered as a trademark, Saturday Night Live made its debut, and Motorola obtained a patent for the first mobile phone. It also heralded a number of landmark albums: David Bowie’s soul-infused Young Americans; Brian Eno’s critically acclaimed Discrete Music; and Lou Reed’s highly controversial Metal Machine Music, subtitled *The Amine β Ring. Following on the heels of Reed’s Bowie-produced album Transformer (which included the hit “Walk on the Wild Side”), his concept album Berlin, and his highest-charting album Sally Can’t Dance, Metal Machine Music came as a radical departure. Devoid of lyrics, melody, harmony, and any semblance of a traditional musical structure, the album was widely reviled by critics and consumers alike.

While the album may have come as a shock to Reed’s audience, its conceptual foundations were established more than a decade earlier. Reed had been at the epicenter of the New York underground since the early 1960s as part of Andy Warhol’s Factory scene and as a co-founder of rock band The Velvet Underground. With Metal Machine Music, he saw an opportunity to establish his credentials as a composer alongside avant-garde figures such as John Cage, who famously incorporated chance and experimented with unorthodox instruments, and La Monte Young, who pioneered repetitive drone composition and is recognized as a groundbreaking practitioner of minimalism in music. Their collective approach to composition, rules of time, silence, and sound informed the musical landscape of Reed’s album, which is composed of guitar feedback, distorted noise, and tape loops among its many unconventional elements. Today, forty years after its release, the album is recognized as a seminal composition in avant-garde music circles.

In 2009, Reed collaborated with the acoustic specialists at the Arup Engineering SoundLab to record Metal Machine Trio, a concert inspired by Metal Machine Music and performed at New York’s Blender Theater with musicians Ulrich Krieger, Sarth Calhoun, and guest John Zorn. Using state-of-the-art technology developed by Arup, the performance was recorded using a full-sphere surround-sound technique that captures the exact timing, strength, and direction of the sounds, as well as the true sound of the space itself. Lou Reed, Metal Machine Trio: The Creation of the Universe, published in conjunction with an exhibition of the same name mounted at Cranbrook Art Museum in 2015, explores the historic and musical significance of Reed’s seminal album, and Arup’s process of capturing a full ambisonic recording of the 2009 performance.