A People's Guide to Capitalism: An Introduction to Marxist Economics 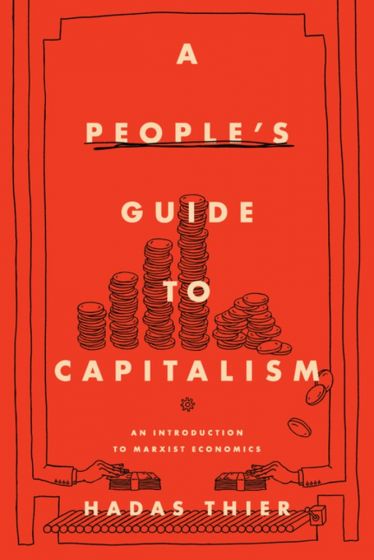 A lively, accessible, and timely guide to Capitalism for those who want to understand and dismantle the world of the 1%

Economists regularly promote Capitalism as the greatest system ever to grace the planet. With the same breath, they implore us to leave the job of understanding the magical powers of the market to the “experts.”

Despite the efforts of these mainstream commentators to convince us otherwise, many of us have begun to question why this system has produced such vast inequality and wanton disregard for its own environmental destruction. This book offers answers to exactly these questions on their own terms: in the form of a radical economic theory.

"As the world descends into a financial and public health crisis, the savage inequalities of capitalism are being laid bare. Hadas Thier’s new book A People’s Guide to Capitalism, has arrived right on time to clearly explain why the poor and working class always bear the brunt of capitalism’s crises. Erudite and sharp, Thier unpacks the mystery of capitalist inequality with lucid and accessible prose. As we all enter into a world of new realities, we will need books like A People’s Guide to help us make sense of the root causes of the financial crises that shape so many of our struggles today." —Keeanga-Yamahtta Taylor, author of From #BlackLivesMatter to Black Liberation and Race for Profit: How Banks and the Real Estate Industry Undermined Black Homeownership

"Economists have every incentive to mystify their craft and to dress up their political judgments as scientific fact. Hadas Thier's A People's Guide to Capitalism is a thorough and accessible corrective, and sure to be an important primer for generations of activists." —Bhaskar Sunkara, founding editor of Jacobin

“A People’s Guide to Capitalism is a breath of fresh air on the left. Avoiding the obscure jargon of economics, Hadas Thier provides a rich, accessible introduction to how capitalism works. Ranging from exploitation at work to the operations of modern finance, this book takes the reader through a fine-tuned introduction to Marx’s analysis of the modern economy. Along the way, Thier combines theoretical explanation with contemporary examples to illuminate the inner workings of capitalism. In addition, A People’s Guide to Capitalism reminds us of the urgent need for alternatives to a crisis-ridden system.” —David McNally, Cullen Distinguished Professor of History and Business at the University of Houston

“Times of economic instability, pandemics, and rising fascism have people looking for understanding. Luckily, radical traditions offer helpful tools. Hadas Thier's book offers a brisk and manageable introduction to many of these ideas, and is unusually playful about it. A great book for proletarian chain-breaking.” —Rob Larson, Economics professor and author of Bit Tyrants: The Political Economy of Silicon Valley