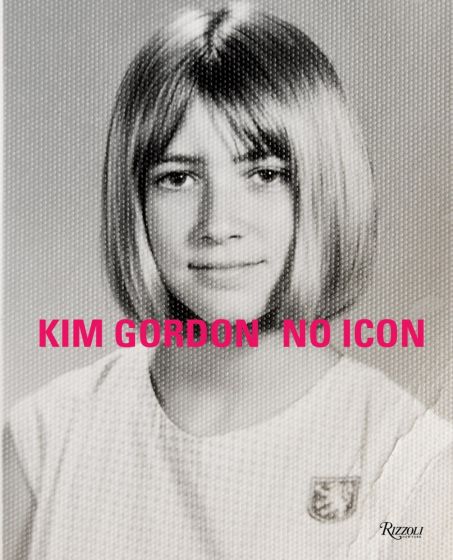 An edgy and evocative visual self-portrait by musician and artist Kim Gordon, indie-underground cultural icon and muse of style for four decades.

As cofounder of legendary rock band Sonic Youth, best-selling author, and celebrated artist, Kim Gordon is one of the most singular and influential figures of the modern era.

This personally curated scrapbook includes a foreword by Carrie Brownstein and is an edgy and evocative portrait of Gordon’s life, art, and style. Spanning from her childhood on Californian surf beaches in the ’60s and ’70s to New York’s downtown art and music scene in the ’80s and ’90s where Sonic Youth was born. Through unpublished personal photographs, magazine and newspaper clippings, fashion editorials, and advertising campaigns, interspersed with Gordon’s song lyrics, writings, artworks, private objects, and ephemera, this book demonstrates how Kim Gordon has been a role model for generations of women and men.

Kim Gordon is an American musician, singer, songwriter, visual artist, and actress. She was the bassist, guitarist, and vocalist in the alternative rock band Sonic Youth. Her autobiographical memoir, Girl in a Band, 2015, is a New York Times best seller. She is represented by 303 Gallery in New York City and has had solo shows at the Andy Warhol Museum in Pittsburgh and the Irish Museum of Modern Art in Dublin. Carrie Brownstein is a founding member of the critically acclaimed rock band Sleater-Kinney and author of the New York Times best-seller, Hunger Makes Me a Modern Girl. She was also the co-creator and co-star of the sketch-comedy series, Portlandia. The show aired for eight seasons, winning both a Peabody and a WGA Award. Brownstein’s work on the show garnered her eight Primetime Emmy nominations. Brownstein has directed television shows for HBO, NBC, Comedy Central, and Hulu.