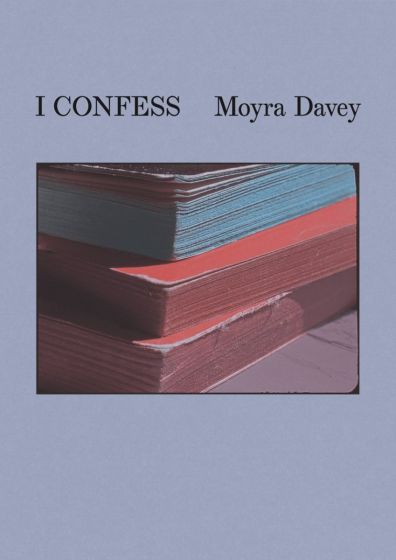 Moyra Davey’s artist’s book meditation on late 20th-century Quebec, through the lens of James Baldwin and others

Over the past 40 years, Canadian artist Moyra Davey (born 1958) has perfected a unique synthesis of photography, film and text to critically engage with the past, present and future of the world around her. Based on Davey’s eponymous 2019 film, I Confess unites three main sources in a chronicle of late 20th-century Quebec, shaped by themes of race, poverty, language and nationalism. Using American writer James Baldwin’s 1962 novel Another Country as its point of departure, Davey’s film also focuses on the life and work of Québécois revolutionary Pierre Vallières and Ottawa-based political philosopher Dalie Giroux.

Published to accompany the exhibition Moyra Davey: The Faithful at the National Gallery of Canada, this deeply personal and highly political book seeks to examine an unresolved chapter of Québécois history from a uniquely interdisciplinary perspective that draws attention to contemporary issues of separatism, while reflecting the artist's understanding of photography and text as unique corollaries. This publication features writings by the artist, Dalie Giroux and National Gallery of Canada’s Associate Curator Andrea Kunard, and a poster insert.