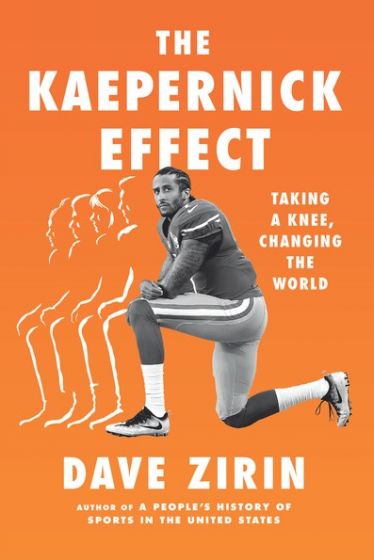 In 2016, amid an epidemic of police shootings of African Americans, the celebrated NFL quarterback Colin Kaepernick began a series of quiet protests on the field, refusing to stand during the U.S. national anthem. By “taking a knee,” Kaepernick bravely joined a long tradition of American athletes making powerful political statements. This time, however, Kaepernick’s simple act spread like wildfire throughout American society, becoming the preeminent symbol of resistance to America’s persistent racial inequality.

Critically acclaimed sports journalist and author of A People’s History of Sports in the United States, Dave Zirin chronicles “the Kaepernick effect” for the first time, through interviews with a broad cross-section of professional athletes across many different sports, college stars and high-powered athletic directors, and high school athletes and coaches. In each case, he uncovers the fascinating explanations and motivations behind a mass political movement in sports, through deeply personal and inspiring accounts of risk-taking, activism, and courage both on and off the field.

A book about the politics of sport, and the impact of sports on politics, The Kaepernick Effect is for anyone seeking to understand an essential dimension of the new movement for racial justice in America.

“The Kaepernick Effect reveals that Colin Kaepernick’s story is bigger than one athlete. With profiles of courage that leap off the page, Zirin uncovers a whole national movement of citizen-athletes fighting for racial justice.” —Ibram X. Kendi, National Book Award–winning author of Stamped from the Beginning and How to Be an Antiracist