Noise In My Head: Voices from the Ugly Australian Underground

$23.96
Add to Wish List
Email
Skip to the end of the images gallery 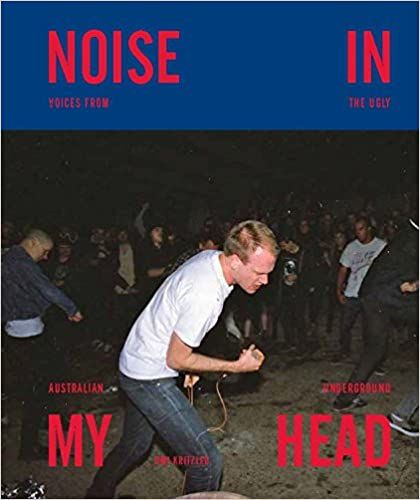 Noise In My Head: Voices From The Ugly Australian Underground documents the music, songwriting, aesthetics and struggles of fifty of Australia s most innovative and significant bands and artists currently at the creative peak of their careers.

The book provides a rare insight into the critically heralded cult music scene in Australia. The author, Jimi Kritzler, is both a journalist and a musician, and is personally connected to the musicians he interviews through his involvement in this music subculture. The interviews are extremely personal and reveal much more than any interview granted to street press or blogs. They deal with not only the music and songwriting processes of each band, but in some circumstances their struggles with drugs, involvement in crime and the death of band members.

The book is complimented by previously unpublished photographs of all bands interviewed. The Australian underground scene in the last five years has been heralded not only in Australia but also in Europe, and particularly in America. Known as the Australian Invasion, many of the bands interviewed in this book have received a great deal of hype and press in America, with many of the bands signing to American record labels. Bands featured in the book, such as The Drones, Eddy Current Suppression Ring, Royal Headache, Uv Race, Circle Pit, HTRK, Lost Animal, Oren Ambarchi, Total Control, Witch Hats, Deaf Wish, Blank Realm, New War, Holy Balm, Fabulous Diamonds, The Garbage and The Flowers, Straight Arrows, xNoBBQx, Naked on the Vague, Kitchen s Floor and My Disco are all on American record labels, and have toured America at least once. Eddy Current Suppression Ring even lent their song Memory Lane to an American telecommunications company advertisement, which was played repeatedly during the Super Bowl. While that may indicate the influence of the band in America at the more mainstream end of the spectrum, at the other end, Eddy Current Suppression Ring are a culturally significant and revered underground band, who play to thousands of people at any given show.

The bands in this book have dedicated fan bases in both Australia and America that recognize that this crop of bands are the most creatively important in the Australian music scene today. These are the bands that will be remembered in twenty years for having created seminal records. Already, The Drones and Eddy Current Suppression Ring have been named in The 100 Best Australian Albums. Free digital download sampler included.