She Bop : The Definitive History of Women in Popular Music - Revised and Updated 25th Anniversary Edition

$22.95
Add to Wish List
Email
Skip to the end of the images gallery 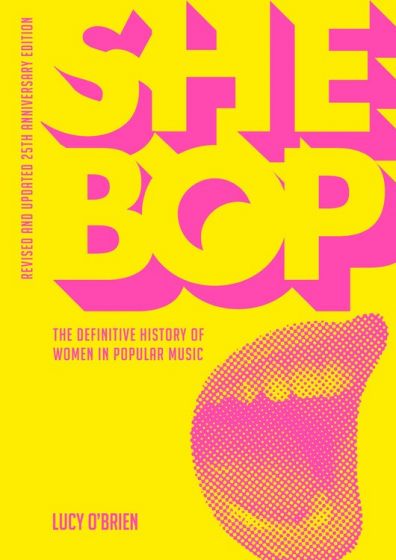 Fully revised and updated with fresh interviews and a striking new cover to celebrate its 25th anniversary, She Bop is the definitive in-depth study of women in popular music.

Since She Bop was first published in 1995, digital downloading has transformed the music landscape. But has issue of gender inequality changed too?

For She Bop, Lucy O’Brien conducted over 250 interviews with female artists and women working behind the scenes in A&R, marketing, music publishing, and production to write a groundbreaking exploration of sexism in the music industry. Fusing many untold stories, O’Brien presents a feminist history of women in popular music, from 1920s blues to the present day. Talking to iconic artists from Eartha Kitt and Nina Simone to Debbie Harry, Poly Styrene, and Beyoncé, she charts how women have negotiated "old boy" power networks to be seen and to get their music heard.

This revised edition updates that story through many fresh interviews and new perspectives. In a new introduction and additional closing chapter, O’Brien asks why, in 2020, women own just 13 percent of music publishing and are still a minority among festival headliners. She celebrates the rise of unique women such as Lizzo and Billie Eilish who are bursting through and creating new possibilities for female artists, while also looking at the struggles of artists like Kesha and Aaliyah, and wondering whether the pop industry has had its #MeToo moment.

When she first wrote She Bop, O’Brien questioned the way the music press lumped female artists together under the term "Women in Rock," saying that the ultimate goal was to make that phrase redundant. Now, despite the gender inequalities that still exist, greater awareness means few magazine editors would dare to feature women in such a derogatory way.

Published to celebrate the original book’s 25th anniversary—and in the year that also marks the 50th anniversary of Women’s Liberation—this new She Bop will appeal to a huge cross-section of readers, from music fans to the LGBT audience and women of all generations.