$15.00
Add to Wish List
Email
Skip to the end of the images gallery 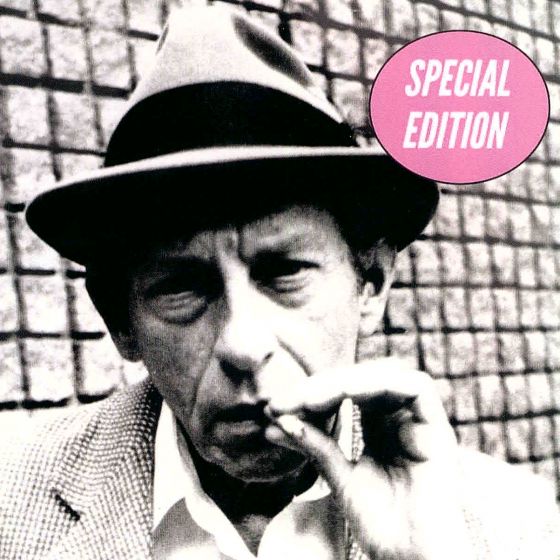 special signed edition with extra material not available in the hardcover

"Move over Maxwell Perkins - here's another literary editor who deserves to be more famous than you. Boyd Mc Donald may have been an alcoholic, sex-obsessed lunatic who masturbated chronically while encouraging his perverted readers to send in endless descriptions of their gay sex lives with heterosexual men but he remained pure in spirit. His "Straight To Hell" chapbooks join Valerie Solanas's "SCUM Manifesto" as the most radical (and hilarious) filth classics in modern literature."

A World War II veteran from the Great Plains, Boyd McDonald (1925-1993) had the makings of a successful career in the 1950s—an education at Harvard, jobs at Time/Life and IBM—but things didn't turn out as planned. After 20 years of resentful conformity and worsening alcoholism, McDonald dried out, pawned all of his suits, and went on welfare. It was then that his life truly began.

From a tiny room in a New York SRO hotel, McDonald published Straight to Hell, a series of chapbooks collecting readers' "true homosexual experiences." Following the example of Alfred Kinsey, McDonald obsessively pursued the truth about sex between men just as gay liberation began to tame America's sexual outlaws for the sake of legal recognition. Admired by such figures as Gore Vidal and William S. Burroughs, Straight to Hell combined a vigorous contempt for authority with a keen literary style, and was the precursor of queer 'zines decades later. Even after his death, Boyd McDonald continued to trouble the powers that be—he was the subject of a 2006 opinion by U. S. Supreme Court Justice Sonia Sotomayor, who ruled that one of his books was pornographic while acknowledging that this question is ultimately vague and subjective.

William E. Jones conducted in-depth interviews with many people from McDonald’s life, including friends, colleagues, and most unexpectedly, family members who revealed that he was a loving uncle who doted on his nieces and great-nieces. A complex portrait drawn from a wealth of previously unpublished material, True Homosexual Experiences: Boyd McDonald and Straight to Hell is the first biography devoted to a key figure of the American underground.

William E. Jones was born in Canton, Ohio. He received a B. A. from Yale University and an M. F. A. from California Institute of the Arts. He has made the films Massillon (1991) and Finished (1997), which won a Los Angeles Film Critics Association award, the documentary Is It Really So Strange? (2004), and many videos including The Fall of Communism as Seen in Gay Pornography (1998). His work was included in the 1993 and 2008 Whitney Biennials, and he has had retrospectives at Tate Modern (2005), Anthology Film Archives (2010), and the Austrian Film Museum (2011). Jones has received a Guggenheim Fellowship, a Foundation for Contemporary Arts Grant, two California Community Foundation Fellowships, and most recently, a Creative Capital/Andy Warhol Foundation Arts Writers Grant. His books include "Killed": Rejected Images of the Farm Security Administration(2010), Halsted Plays Himself (2011), Between Artists: Thom Andersen and William E. Jones (2013), Imitation of Christ, named one of the best photo books of 2013 by Time magazine, and Flesh and the Cosmos (2014). He lives in Los Angeles.