On the Necessity of Gardening: An ABC of Art, Botany and Cultivation 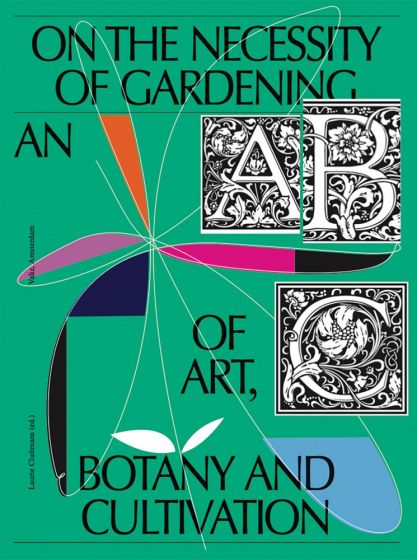 Organized as an inventive abecedarium, On the Necessity of Gardening tells the story of the garden as a rich source of inspiration.
Over the centuries, artists, writers, poets and thinkers from Capability Brown to Derek Jarman have each described, depicted and designed the garden in different ways. In medieval art the garden was a reflection of paradise, a place of harmony and fertility, shielded from worldly problems. By the 18th century this conception had shifted: the garden had become a symbol of worldly power and politics. Today, the Anthropocene, the era in which humankind dominates nature with disastrous consequences, forces us to radically rethink the role we have given the garden historically. As a result, there is renewed interest in the garden among contemporary makers, thinkers and writers, driven not by romantic desire for retreat but rather a call for a new awareness of our relationship with the earth.
Through essays, illustrations and an extensive abecedarium, On the Necessity of Gardening reflects on the garden as an abiding metaphor for society and culture.
Entries include: Anthropocene, Arcadia, Bouquet, Roberto Burle Marx, Compost, Dumbarton Oaks, Edible Estates, Ermenonville, Ian Hamilton Finlay, Herb Garden, Japanese Garden, Derek Jarman, Kew Gardens, Lawn, Park, Quaker Garden, Queer Ecology, Roots, Vita Sackville-West, Versailles, Vibrant Matter and Zen Garden.