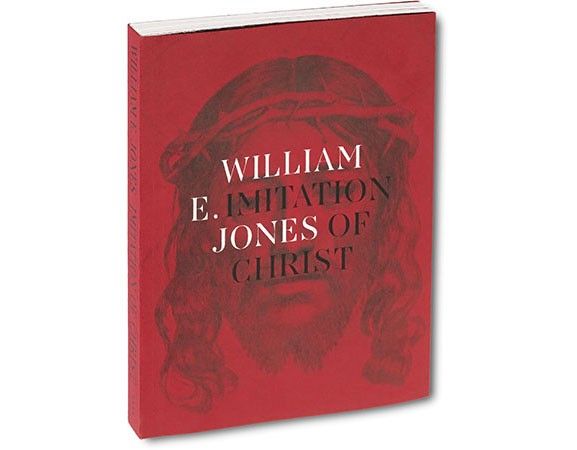 "My Jesus was a real person who did not perform miracles and was not resurrected after death. He was a political revolutionary who, in the face of circumstances that appeared hopeless, succeeded revolutionizing the spirit." William E. Jones

On May 19th 2013 MACK will be publishing Imitation of Christ by William E. Jones to coincide with an exhibition of the same title opening at the Hammer Museum in Los Angeles.

Jones was asked to take part in the Houseguest series with the Hammer Museum where artists are invited to curate an exhibition based on the museum’s and UCLA’s diverse collection. During his time in the archives he came across an image which stuck in his mind – that of a wounded guerrilla fighter taken by Pedro Meyer in Nicaragua in the early eighties. Constrained by the physical space of the Vault Gallery, Jones let the image of the guerrilla fighter become a blueprint for selecting the 45 pieces in the exhibition.

The book confronts two conflicting questions, how is it possible to make an image of revolution, and, how is it possible to make a religious image? Through the diverse range of objects chosen and his text Jones challenges our perception of Christ, posits him as a revolutionary, examines the parallels between revolution and religion and the role of religious imagery in art. Including Renaissance and Baroque prints and drawings, documentary photographs, modern Latin American art, and rare books. The materials were drawn from the collection of the Grunwald Center for the Graphic Arts at the Hammer Museum and from the Charles E. Young Research Library Department of Special Collections.

William E. Jones is an artist and filmmaker born in Ohio and now living and working in Los Angeles. He has made two feature length experimental films, Massillon (1991) and Finished (1997), the documentary Is It Really So Strange? (2004), videos including The Fall of Communism as Seen in Gay Pornography (1998) and many installations. His work has been the subject of retrospectives at Tate Modern (2005), Anthology Film Archives (2010), the Austrian Film Museum and Oberhausen Short Film Festival (both 2011). His group shows include the 1993 and 2008 Whitney Biennials, the 53rd Venice Biennale (2009), and “Untitled (Death by Gun)” at the 12th Istanbul Biennial (2011). He has published the following books: Is It Really So Strange? (2006), Tearoom (2008), Selections from The Anatomy of Melancholy by Robert Burton (2008), Heliogabalus (2009), "Killed": Rejected Images of the Farm Security Administration (2010), andHalsted Plays Himself (2011).