The Soul of a Nation Reader: Writings by and about Black American Artists, 1960–1980 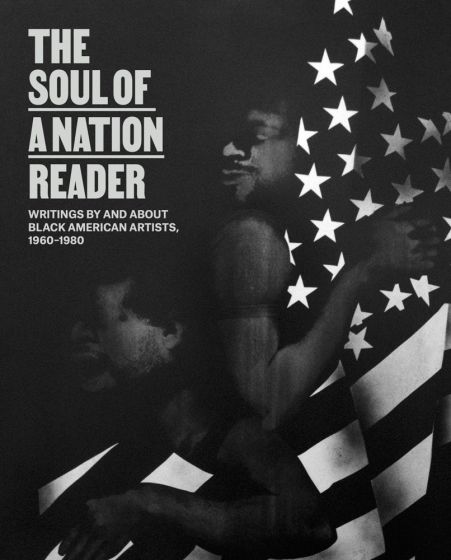 A comprehensive compendium of artists and writers confronting questions of Black identity, activism and social responsibility in the age of Malcolm X and the Black Panthers, based on the landmark traveling exhibition

What is “Black art”? This question was posed and answered time and time again between 1960 and 1980 by artists, curators and critics deeply affected by this turbulent period of radical social and political upheaval in America. Rather than answering in one way, they argued for radically different ideas of what “Black art” meant.

Across newspapers and magazines, catalogs, pamphlets, interviews, public talks and panel discussions, a lively debate emerged between artists and others to address profound questions of how Black artists should or should not deal with politics, about what audiences they should address and inspire, where they should try to exhibit, how their work should be curated, and whether there was or was not such a category as “Black art” in the first place.

Conceived as a reader connected to the landmark exhibition Soul of a Nation: Art in the Age of Black Power, which shone a light on the vital contributions made by Black artists over two decades, this anthology collects over 200 texts from the artists, critics, curators and others who sought to shape and define the art of their time.

Exhaustively researched and edited by exhibition curator Mark Godfrey, who provides the substantial introduction, and Allie Biswas, included are rare and out-of-print texts from artists and writers, as well as texts published for the first time ever.