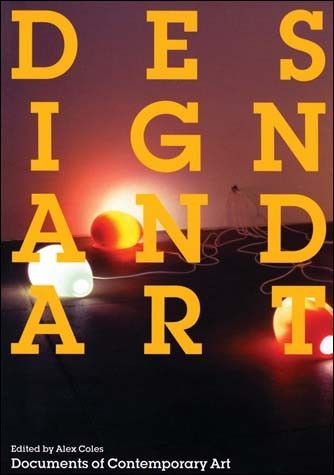 The first anthology to address the rise of the "design-art" phenomenon—the breakdown of boundaries between art and architectural, graphic, or product design begun in the Pop and Minimalist eras.

This reader in Whitechapel's Documents of Contemporary Art series investigates the interchange between art and design. Since the the Pop and Minimalist eras—as the work of artists ranging from Andy Warhol to Dan Graham demonstrates—the traditional boundaries between art and architectural, graphic, and product design have dissolved in critically significant ways. Design and Art traces the rise of the "design-art" phenomenon through the writings of critics and practitioners active in both fields.The texts include writings by Paul Rand, Hal Foster, Miwon Kwon, and others that set the parameters of the debate; utopian visions, including those of architect Peter Cook and writer Douglas Coupland; project descriptions by artists (among them Tobias Rehberger and Jorge Pardo) juxtaposed with theoretical writings; surveys of group practices by such collectives as N55 and Superflex; and views of the artist as mediator—a role assumed in the past to be the province of the designer—as seen in work by Frederick Kiesler, Ed Ruscha, and others. Finally, a book that doesn't privilege either the art world or the design world but puts them in dialogue with each other.