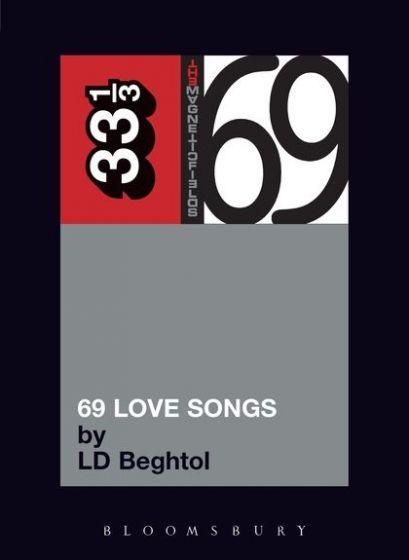 A fully illustrated oral history of the Magnetic Fields' 1999 triple album, 69 Love Songs - an album that was afforded "classic" status by many almost as soon as it was released. LD Beghtol's book is chatty, incestuous, funny, dark, digressive, sexy, maddening, and delightful in equal measures. It documents a vital and influential scene from the inside, involving ukuleles and tears, citations and footnotes, analogue drum machines, and floods of cognac. Oh, and a crossword puzzle too.

The centre of the book is the secret history of these tuneful, acerbic, and sometimes heartbreaking songs of old love, new love, lost love, punk rock love, gay love, straight love, experimental music love, true love, blue love, and the utter lack of love that fill the album - as told by participants, fans, imitators, naysayers, and others.

Also included are a lexicon of words culled from the album's lyrics, recording details, performance notes from the full album shows in New York, Boston and London, plus rare and unpublished images, personal memorabilia, and much much more.