Rethinking Fandom : How to Beat the Sports-Industrial Complex at Its Own Game 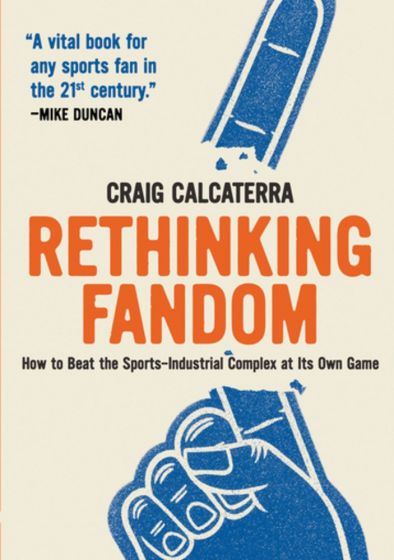 A fundamental reevaluation of how to be a sports fan by an acclaimed baseball writer.

Sports fandom isn’t what it used to be. Owners and executives increasingly count on the blind loyalty of their fans and too often act against the team’s best interest. Sports fans are left deliberating not only mismanagement, but also political, health, and ethical issues.

In Rethinking Fandom: How To Beat The Sports Industrial Complex at Its Own Game, sportswriter (and lifelong sports fan) Craig Calcaterra outlines endemic problems with what he calls the Sports-Industrial Complex, such as intentionally tanking a season to get a high draft pick, scamming local governments to build cushy new stadiums, actively subverting the players, bad stadium deals, racism, concussions, and more. But he doesn’t give up on professional sports. In the second half of the book, he proposes strategies to reclaim joy in fandom: rooting for players instead of teams, being a fair-weather fan, becoming an activist, and other clever solutions.

With his characteristic wit and piercing commentary, Calcaterra argues that fans have more power than they realize to change how their teams behave.